Sprayground and Splashpad  The Robert Coleman Sprayground at the corner of Walter Jetton Boulevard and Husbands Street and the Splashpad at the Pat & Jim Brockenborough Rotary Health Park located at 421 North 13th Street are open daily 10 a.m. until 8 p.m. including Labor Day.  They will remain open daily until the weather turns cooler.

Labor Day Parade  The Labor Day Parade conducted by the Western Kentucky Labor Day Committee will begin at 9:30 a.m. on Monday, September 5.  The theme of this year’s parade is Organized Labor is the Core of America.  The parade will follow Broadway starting at 2nd Street and head west on Broadway until it disbands at Fountain Avenue (17th Street).  The parade route will close by 8:30 a.m. with the staging area for parade entries and surrounding streets closed at 6:30 a.m.  Streets will remain closed until the parade safely passes.  Labor Day festivities, which include food vendors, music, and activities for children, will continue from 11 a.m. until 4 p.m. at Carson Park.  For more information, visit the West Kentucky Labor Day Parade Facebook page. 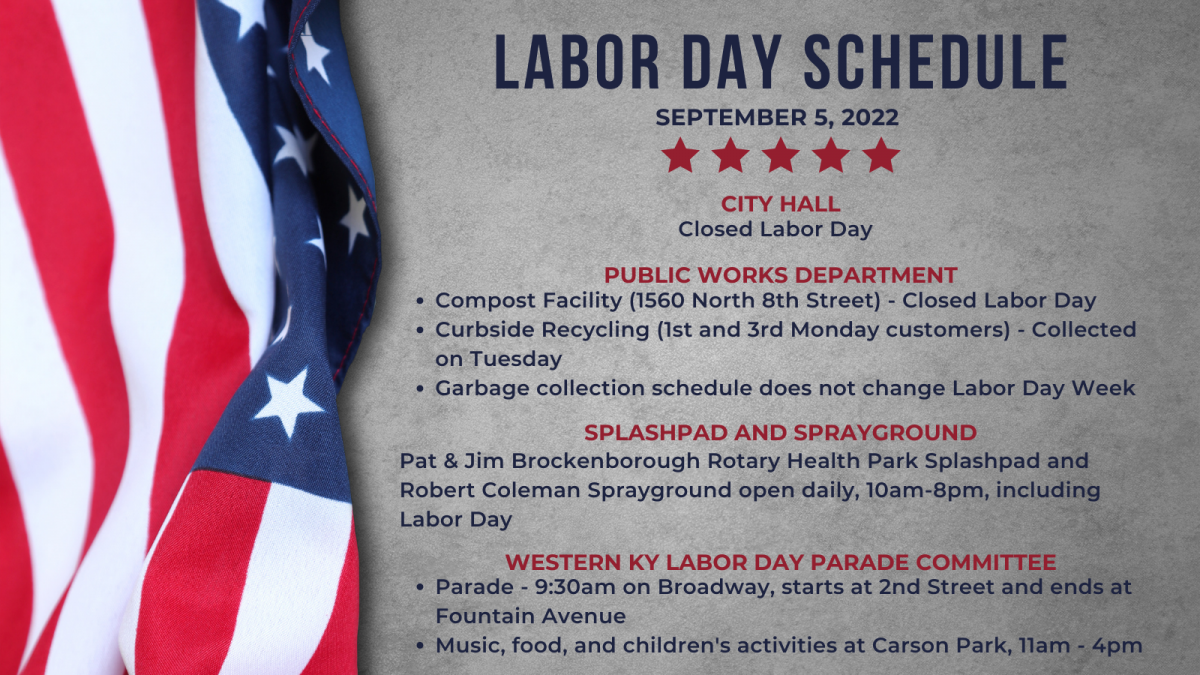