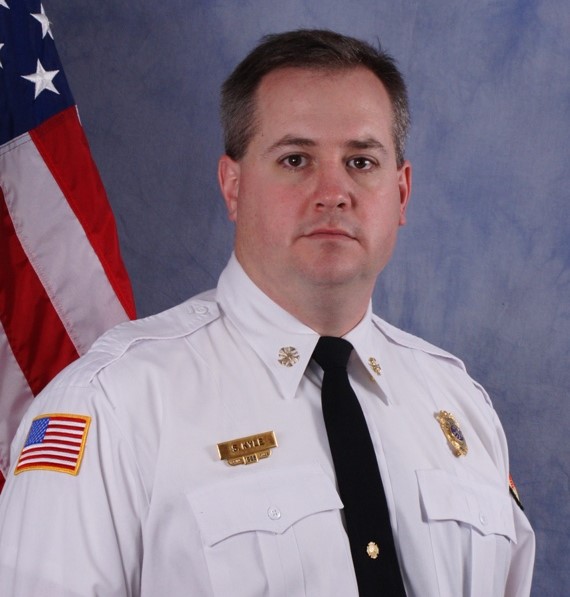 Steve Kyle was born in 1971 in Union City, Tennessee. He is a native of Clinton, KY and went to school at Hickman County. Steve has a Bachelor's Degree from Murray State University. After college in 1994, Steve became a fire service instructor for Kentucky State Fire Rescue Training. He also started working full time for the Kentucky OSHA Compliance Division. Steve moved up the ladder and went to work for the Kentucky State Fire Marshal.  In 1998, the City of Paducah hired Steve to be the City's Fire Marshal. In January 2009, he became Fire Chief.