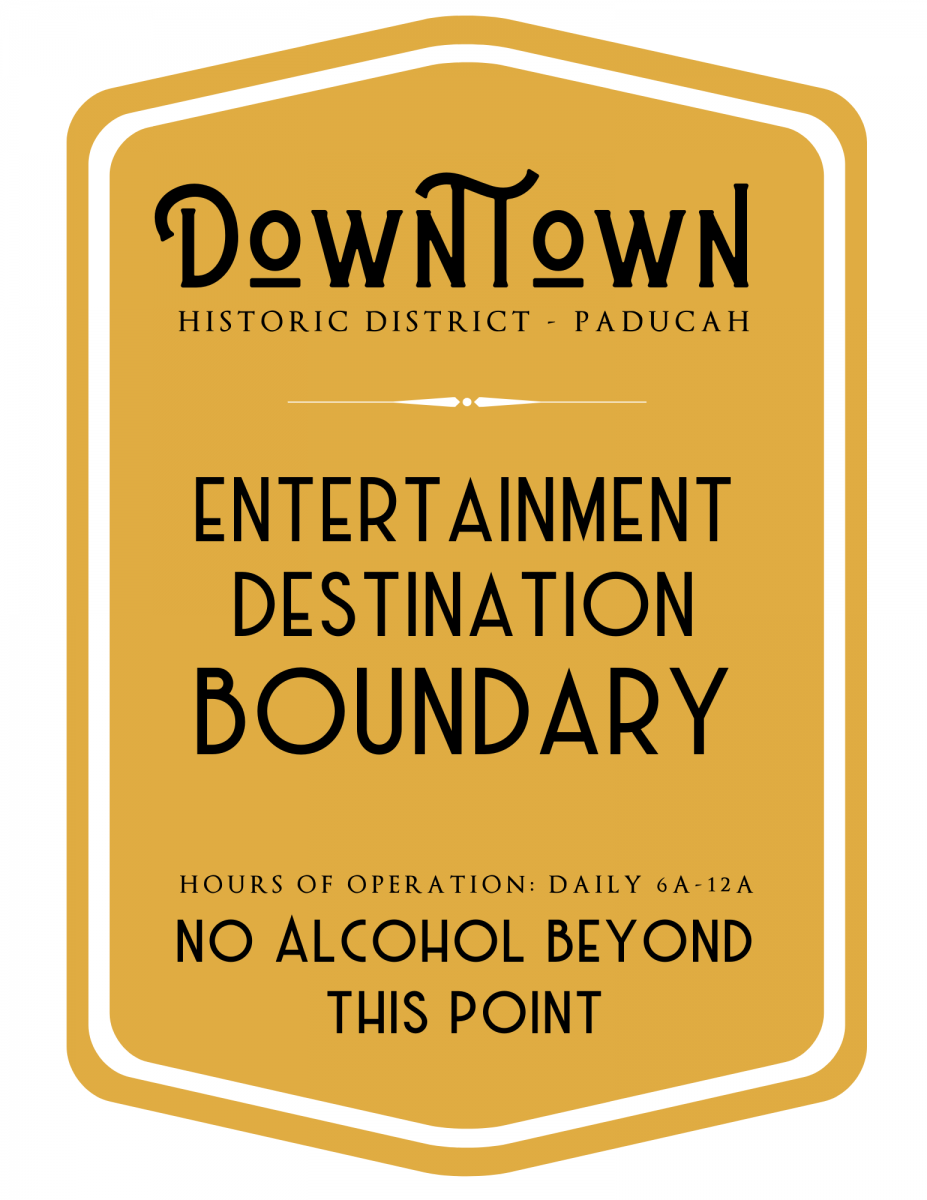 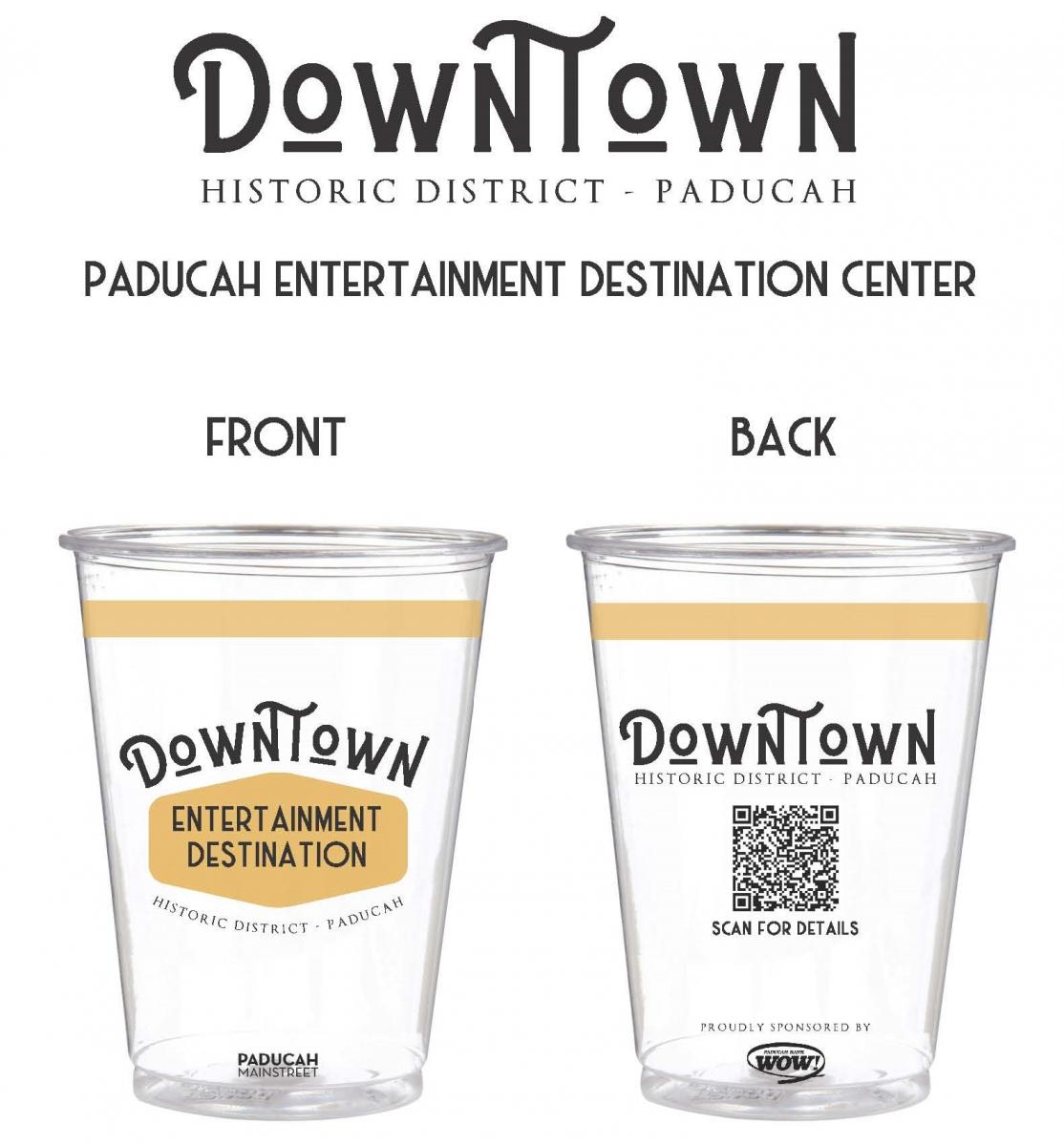 Hours  The Destination Center hours are daily from 6 a.m. until midnight.

Boundary  The Destination Center covers a large section of downtown (see map) stretching down Broadway from 5th Street to the river and from Clark Street toward the Convention Center complex. It excludes the residential areas in Lowertown. Signs have been installed at the boundaries to educate the public on boundary limits and the days and times of operation.

Note:  Each red dot on the map is a bar/restaurant that has the option to participate in the program. 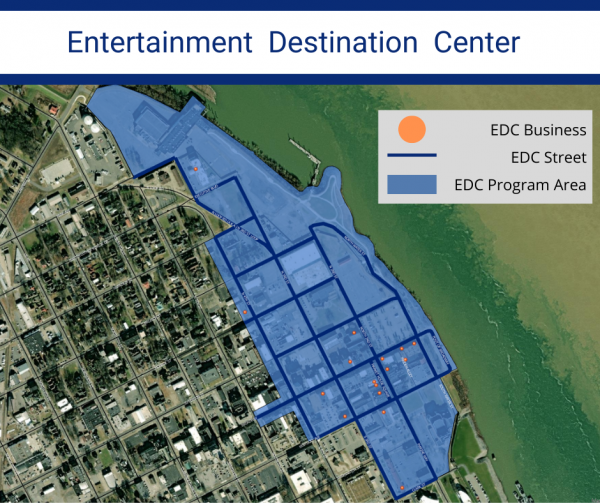 Can I take my EDC cup adjacent to the program boundary?  To-go drinks stay in the district. Beverages purchased outside district are prohibited.

Can I purchase an EDC cup and put my own drink in it to walk around downtown Paducah during a special event?  No, only drinks purchased from a participating business in the EDC are allowed by state law. No cans, glass bottles, or outside drinks are permitted with the boundaries. Anyone with alcohol on public property not purchased from a participating business during permitted hours or during a designated special event can be cited and/or arrested.

Can I bring my EDC cup back to another event?  No. District cups are only permitted for a single use when leaving a downtown business to walk to another location within the EDC.

What are the repercussions for those exiting the boundaries with alcohol?  Should patrons leave the boundary, they can be cited and/or arrested.

Are other cities in Kentucky utilizing an Entertainment Destination Center?  In August of 2016, the State of Kentucky adopted legislation allowing municipalities to create local Entertainment Destination Center’s in the tourism and convention districts. To date, several municipalities have passed local ordinances including Owensboro, Louisville, Lexington, Morehead, Covington, Maysville, Midway, Bellevue, Somerset, Corbin, and the CVG Airport.

More than Two Decades of Revitalization

Are you planning a trip to historic downtown Paducah?  More than 500 parking spaces are available in the heart of downtown along the streets. However, if you are looking for off-street parking, visit Downtown Parking to view the list of FREE public parking lots with more than 1000 total spaces.  Enjoy your visit to downtown Paducah!

We Want to Hear from You!

Do you have a idea or comment about the Entertainment Destination Center?